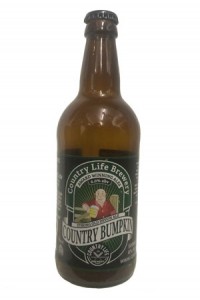 Before Jesus, There Was Beer

How to Brew Beer

Making beer can be broken down into two separate processes — malting and brewing — usually performed by two separate businesses. Malting is the processing and preparation of grains for brewing and takes years of training and experience to master. Malting begins by soaking grain, usually barley, in water long enough to begin germination or sprouting. At the same time, enzymes are developing which break down starches to sugars. The grain is then heated in a large oven, called a kiln, which arrests germination and stops the growth of the grain. Other grains, such as wheat, rye, and oats can be malted, and many maltsters sell malted wheat which is commonly used in several specialty styles of beer. 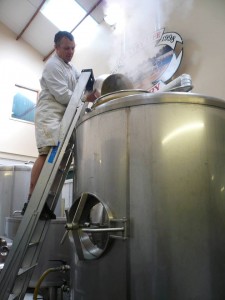 The two most common methods of malting are the traditional floor malting method, where grain is literally spread across the floor to germinate, and pneumatic malting, most common today, where the environment is strictly controlled inside tanks or drums. Maltsters can malt grains for a wide variety of different types of malt, each offering a different flavour and character.

Beer has four main ingredients — malt, water, yeast, and hops — and it can be as simple or technically challenging to brew, as down home cooking is compared to gourmet cuisine. Each ingredient has its own equally important role to play in the production of beer.

To brew beer, the brewer begins by weighing the appropriate amount of grain for his recipe. He then mills his malt in a malt mill which cracks his grain. In commercial operations, the milled malt drops into a grist case which has a valve at the bottom which allows the grain to drop through a chute into the mash tun. Usually homebrewers simply collect their milled grain in a clean container and dump it into their mash tun. The mash tun is a large vessel, usually made of copper or stainless steel, that has a screen-like false bottom for straining your mash later.

Mash is a thin mixture of grains and hot water. Mashing is the process of heating grains mixed with water at controlled temperatures for designated periods of time to activate enzyme activity that converts starches to fermentable sugars. Converting starches to sugars is called saccharification. There are three common mashing methods. Infusion mashing is the simplest because it involves only one temperature throughout the mashing process. Step infusion mashing is basically infusion mashing with one or two temperature increases during mashing. And decoction mashing, most commonly used for lager style beers, is the most complex method because part of the mash is removed and boiled, then reintroduced.

Step 3 – Separating the Wort from the Husks

Once mashing is completed, the brewer must separate the sugar-water, called wort, from the spent grain husks. He does this by sparging or rinsing the spent grains with hot water to extract as much sugar from the grains as possible. The grain husks act as a filter bed on the false bottom of the mash tun. Commercial brewers usually do their sparging in a lauter tun.

After the wort is collected in the brew kettle, it is boiled for one to two hours. The boil is a critical step in the brewing process because it is at this step that hops, the aromatic flowers of hop vines, are added. Hops impart aroma, flavour, and bitterness to beer, which balances the sweetness of the wort. To extract the bitter resins from hops they must be boiled, and usually hops are added at various stages of the boil to extract bitterness or impart aroma or flavour.

When the boil is completed, the hot wort is transferred to a heat exchanger or wort chiller which rapidly drops the temperature of the wort to about 80 degrees — fermentation temperature. As the tepid wort exits the wort chiller, it goes into a fermenter where yeast is added. Most homebrewers us a large glass called a carboy or stainless steel kegs for fermenting, but commercial brewers use huge stainless steel cylindrical conical tanks for fermenting.

The yeast sets to work eating the malt sugar and expelling alcohol and carbon dioxide. This usually takes three to seven days and is referred to as primary fermentation. Homebrewers then rack or transfer the beer off of the yeast bed and into a secondary fermentation vessel, whereas commercial brewers drain the yeast that has collected out of the bottom of the tank.

Our range of award winning ales;